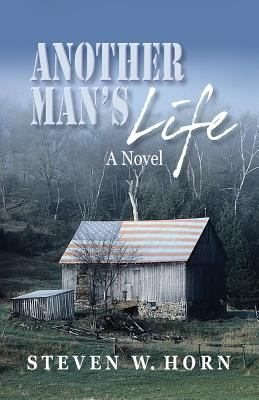 Kirkus Reviews July 15, 2014 A memorable debut novel about a life colored by regret and grasping for redemption. Horn capably tells this poignant story through the memories of Eden Cain, a Vietnam veteran haunted by war atrocities in which he unwillingly participated in secret incursions into Laos under orders from President Richard Nixon. More than 30 years later, Eden lives as an Iowa farmer with Elizabeth, the wife he loves. Theirs is a relationship that focuses on the present and the future, not their pasts: "After twenty nine years of marriage, neither of them truly knew the other. Their pasts were inviolable, a sacredness that each respected." Life would be perfect if not for the guilt he harborsa heartbreaking reality not uncommon to sufferers of PTSD. The former helicopter tail gunner tries to forget, but "[w]hat broke him was the awareness that he would never outlive the memory of Vietnam. No amount of distraction, pleasure or hardship could bury those scattered moments that had changed his life." His bucolic solitude is shattered, however, when he's subpoenaed to testify before Congress about the Laos missions amid a political scandal: "How could an insignificant person like himself be needed to rewrite history?" Eden's was a satisfying if not standout life that, unfortunately, was built on a lie of omission, one about to fall apart thanks to unscrupulous politicians half a country away. Horn, a Vietnam vet, expertly draws readers into the main settings, shifting seamlessly among three time periods Eden's years in country, his return to an unwelcoming nation and his courting of Elizabeth, and the presentas he paints the complex picture that has led to Eden's simple existence and current dilemma. A moving first effort that starkly examines the scars of war on its unwitting pawns. Copyright Kirkus Reviews, used with permission. Copyright © Kirkus Reviews, used with permission.