The Suffrage Photography Of Lena Connell 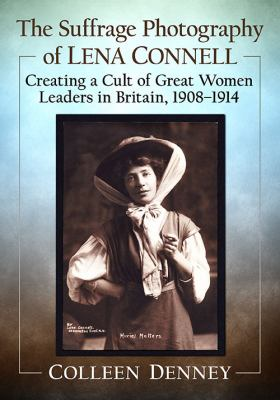 Lena Connell was one of a new breed of young professional women who took up photography at the turn of the 20th century. She ran her own studio in North London, only employed women, and made her mark on history by creating compellingly modern portraits of women in the British suffrage movement. The women that Connell captured on film are as class-inclusive a group as you could find: whether they were factory workers, schoolteachers, or aristocrats, they joined the cause to make a difference for future generations of women, if not for themselves. Connell's portraits created a new kind of visibility for these activists as hard-working, unrelenting women, whose spirits rose above injustice. This book examines Connell's artistic career within the Edwardian suffrage movement. It discusses her body of portraits within the British suffrage movement's propagandistic efforts and its goals of sophisticated, professional representations of its members. It includes all of her known portraits of suffragettes through 1914.